Hi, how can we help?

How to setup our easy mining app

Using the MFI version is very straight forward to use as it already includes the mining files (PhoenixMiner.exe / xmrig.exe), however it is not recommended, because the mining files can be removed during the download (by an antivirus or similar), if that happens you will need to re-download and point the app to the new miner files, which is the same as using the main version anyway :) (Main version was previously known as the unpacked version).

We recommend using the main (unpacked) version against the packed one (MFI) because if the mining files are ever removed or blocked by your antivirus or similar, you will have more control to whitelist the files or re-download them. Mining files are stored in temp folders on the MFI version, which can be harder to find and to fix.

If you are upgrading from the previous version, you can download any of the new version available, just note that the MFI and the main version not longer share the same settings (are independent), so if you download the MFI version now you will need to set your address and coin again, the main version will remember your previous address and settings.

Both versions have the same configuration and options, the setup is the same for both: 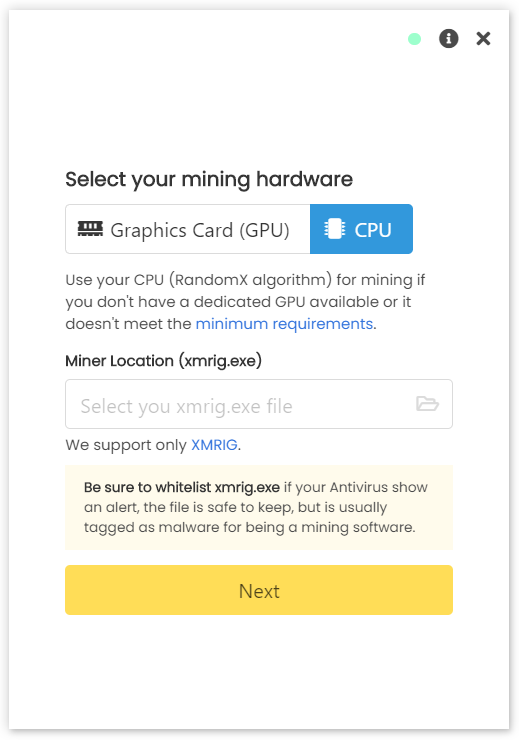 You can get both files from here:

Once you have the PhoenixMiner.exe and / or xmrig.exe files, follow the next steps:

If you don't see the Miner location input, you will see an "Update miner location" link, simply click it to see the input field. You will see that if you download the MFI version, or if you are upgrading from a previous version and you downloaded the main version (shares the same settings). 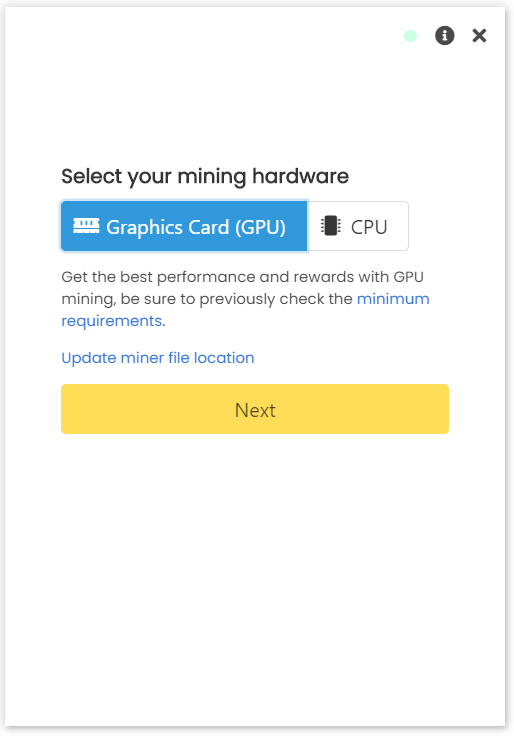 Once you have the app pointing to the right file, all you have to do is follow the UI (next steps) to start mining!

Did this answer your question?
Thanks so much for your feedback!
%s of people found this helpful.